Conventional wisdom’ is an interesting thing. Conventional or ‘received wisdom’ is all the stuff that you hear and read that you’ve come to accept without thinking about it. If something is repeated often enough, with enough authority, it often becomes part of conventional ‘wisdom’ and is passed on without question, whether it’s true or not. 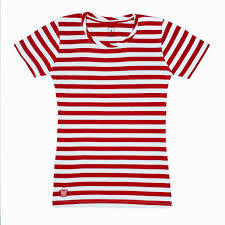 The issue of vertical and horizontal stripes in clothes is one of these things.

I’d heard this ‘conventional wisdom’ my entire life and I went along with it until I started using the evidence of my own eyes. I would often see quite slim people in vertical stripes that, to me, made them look bigger because of the patterns formed by the stripes. And I’d also notice that the traditionally ‘widening’ effect of horizontal stripes didn’t have nearly the supposed negative effect they were supposed to.

Could we research more meaningful things? 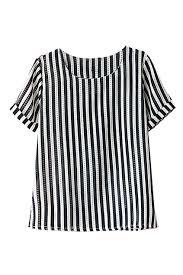 All sorts of studies have been done to try and find a definitive answer to this question and the research and ‘evidence’ goes this way and that, trying to decide whether vertical or horizontal stripes make women look slimmer. As we discussed last week, it seems that a lot of energy goes into women trying to appear slimmer, when all that time and effort could better be used in more meaningful and productive areas.

For example, we could take time to consider some of the other things that we may be perpetuating without questioning them. There are many things that we think, believe and do, just because our family or cultural/tribal/national/religious group has always thought or done it that way. While some of these traditional habits and practices have value and positive benefits, there are also many that are empty, fruitless and even negative in their effects.

If you ever find yourself saying to yourself or to anyone else: ‘That’s just how it’s always been done and that’s how it always will be’, take the time to pause and consider if this is really true.

Whenever you find that you’re blindly going along with what other people think and say, stop to reflect on what you actually believe. Think, read, question, consult with people you respect on the most meaningful and most important issues to you – and then form your own authentic opinions.

Stripes or life – consider and reflect on everything 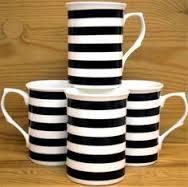 Whether it’s something as seemingly small and simple as the effect of stripes or as large as how you behave, work, worship, eat, exercise or the overall way you live your life, it’s worth thinking deeply about things.

Be wary of unexamined ‘conventional wisdom’ in any area of life.

And, with the issue of vertical and horizontal stripes: train your own eyes to see, for yourself, what suits you best. Look at yourself with eyes of love and respect and then choose what makes you look and feel beautiful, despite what the traditional ‘wisdom’ may say!

Previous Post: « Does black make me look slimmer? Well, maybe …
Next Post: How courageous are you? It’s not always how it looks … »