As the subject of how women and men relate can still be bewildering and fraught for so many people, it’s never a waste of time to reflect on it a bit more – as well as to consider a practice that may be useful and helpful (see below). 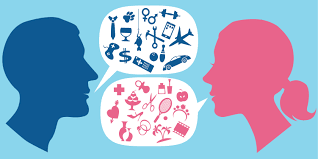 More and more I hear from women and men that something is ‘missing’ or ‘not quite right’ in their relationships. In their interactions at home, at work, in their families, communities, cultural groups or in general, they’d like things to be more comfortable, fulfilling, authentic and meaningful.

The current situation between women and men has been developing for a very, very long time

For this reason we’ve largely become so accustomed to the prevalent attitudes, habits and behaviours that surround us that we’ve come to think of them as ‘just the way things are’.

We’d like things to be different but, because these practices are so intrinsically woven into everyday life, it can be hard to identify exactly what’s going on. It’s also overwhelming as to how to begin to unravel and dismantle them.

Where is the real progess?

So many books have been written on this subject and so many theories and ‘solutions’ discussed that it’s no wonder many people feel either weary of it all or confused as to what to do. 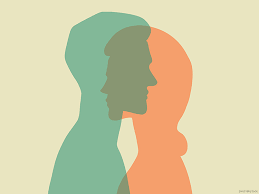 While statistics of gender balance in organisations and governments show that some progress is being made, they don’t give the whole picture of what continues to play out in many everyday lives.

What practical steps can we take to improve the situation?

As a result of my own life, I have a passionate interest in this subject and what we can do to evolve our relationships. The concept that makes great sense to me – and that has also really helped me – is the following powerful and far-reaching practice: 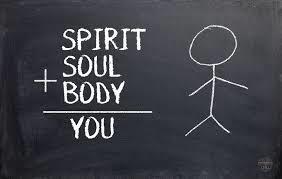 Essentially, this means that we treat every person we encounter as the noble soul that they are. We train ourselves not to be distracted by appearances so that we can see beyond the physical details of skin colour, features, hair, clothes – or gender!

This naturally requires that we unlearn many of our of old habits and then learn some new ones,but the freedom and authenticity that result are well worth it.

With the soul as the focus of our attention, we’re more easily able to cut through all the stereotypes, prejudices and misperceptions that have been absorbed over the course of our lives. This then helps us to move past the outer trappings of gender – with all the attendant habits, assumptions, role-playing, game-playing and posturing we’re used to, in order to have a better chance of developing genuine relationships.

It takes practice, though!

This shift in attitude can take a little while for everyone to adjust to, but, deep down, most people long for more peace, harmony, authenticity and joy in their lives – so keep practicing!

There are more similarities than differences

This approach moves us from a focus on our ‘differences’ to what we have in common as souls and as human beings, regardless of gender.

Naturally, the genders have some distinctions in their responses and approach to things, but these have been exaggerated, stereotyped, polarised and emphasized to the extent that we’ve come to believe we’re more different than we are.

Rather than compartmentalising people into genders – and stereotyping them accordingly – let’s rather celebrate the individual qualities and attributes that are embodied and expressed by various souls, independent of the gender of their human body. 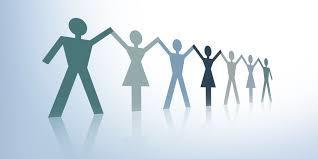 A whole new world opens up!

Without the familiar old knee-jerk responses to gender, you’ll start noticing that you talk and behave differently, listen differently, don’t give up on others as easily or stereotype them as quickly.

If you work at this you’ll find that never again will you feel the need to talk about ‘the opposite sex’ in a bewildered or disparaging way! 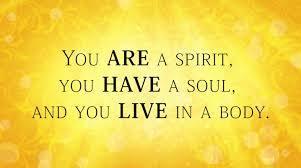 Previous Post: « What do you do when you feel envious of others? How to turn it into something positive.
Next Post: Are you wearing the right bra for your size and shape? »